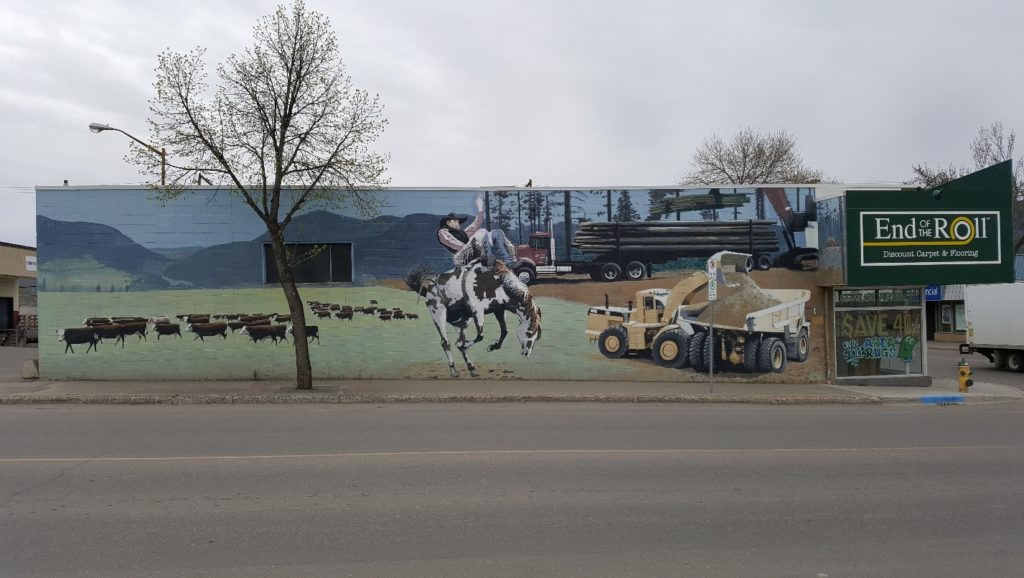 Communities in Bloom (CIB) asked Dwayne for a mural of local industry. Dwayne chose the four industries depicted, and CIB approved his design. The cowboy and the horse are not based on specific individuals to give a timeless and universal feel to the figures. End of the Roll had just moved into the building and they were happy to see the mural going up. The mural depicts Williams Lake’s four industries, from left to right: Ranching, tourism/rodeo, logging and mining.

Dwayne’s challenge was to combine such different scenes into a single congruous work. He wanted to give each industry its own space and tie them into a shared experience, a goal and a challenge that faces Williams Lake’s diverse community. To achieve his goal, Dwayne focused on areas of colour, thinking in blocks and shapes rather than image details. The rider and horse figure work as a separation between our oldest industry on the left, and our two more modern industries on the right, the cowboy embodying the courage and resilience that has pulled our community through the ups and downs that come with a natural resource-based economy. Dwayne had some help with the cows from his son Steven.

No entries were found.